Getting A Jump on Mother’s Day 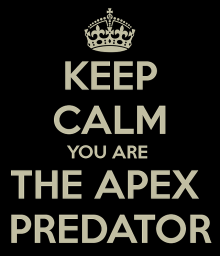 …and don’t you forget it.

The Alpha Japanese Female (AJF) and I are both orphans. I guess that is the correct term for the oldest person perched on the family tree.

I prefer the term “apex predator” but even with frequent repetition that descriptor has failed to gain traction.

In addition to now standing on top of our family charts like Mustafa and Scar surveying the Serengeti, we are alike in that once upon a time we had an older sibling.

My wife had a sister, but her family was divided in post-war Tokyo and the girls separated, never to meet again. I had a brother but he succumbed to leukemia while in his 40s. 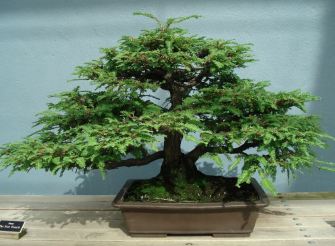 Wifey’s Family Tree. Because it’s a bonsai so it’s small and Japanese. Get it? Huh? Snorf, snorf.

Oh, there are a few cousins still suspended from branches of our arbre généalogique but they, too, are younger. The cousins, not the branches. Even at a 7 to 1 exchange, Max is younger than us.

Speaking of Max, we met the canines on his family tree when in Utah and I like to imagine his DNA is present in packs of wild Maltese howling in unison as they run across the desert under the light of a full moon. But I digress.

Sigh, it makes one feel old to be the oldest, doesn’t it? Cue Elton John singing “Circle of Life.”  Then queue for an insulin shot.

If there is a benefit in being the last one standing, it’s that we enjoy the privilege – no, the absolute right – to extort on auspicious days cards, gifts and meals from those subordinate to us in the family line up.

We define “auspicious days” generously: Christmas, birthdays, religious holidays of all faiths including Chthonic, Wiccan and Presbyterian, Arbor Day, Take a Squirrel To Work Day, whatever.

We demand recognition of our seniority and by recognition we mean free lunches and dinners accompanied by appropriate adult libations.

I mention this because Mother’s Day is fast approaching. May 11th, a date when the USA and 79 other countries will celebrate mothers with parties and celebrations and, for the brave and foolish, Yo Mama jokes.

It’s best to avoid Yo Mama jokes on Mother’s Day…and on the other 364 days of the year , too.

The second Sunday of May is the most popular date to formally recognize mothers but there are many options worldwide.

For example, Mom can shake her booty in Djibouti on March 21, swill a celebratory Guinness in Dublin on the fourth Sunday of Lent, or party hearty on 30 other Mother’s Day dates, almost all in the spring of each respective hemisphere.

The AJF and I come from places with Mother’s Day traditions that are supremely commercial.

The American version became so commercial that the founder of the modern American Mother’s Day, Anna Jarvis herself, became a major opponent of what the holiday had become and spent all her inheritance and the rest of her life fighting what she saw as an abuse of the celebration. That tidbit is something you don’t see on a Hallmark card. 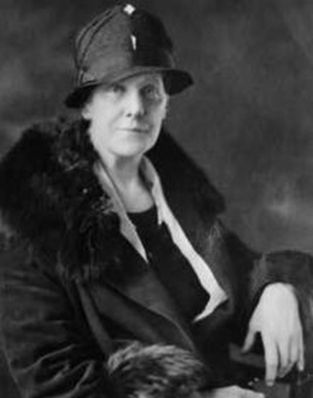 Anna Jarvis, she established Mother’s Day as a nationally recognized holiday in the US in 1914.

(Of interest to you grammar hawks, Jarvis specifically noted that “Mother’s” should “be a singular possessive, for each family to honor its mother, not a plural possessive commemorating all mothers of the world.”)

Mother’s Day in Japan is symbolized by gifts of beautiful red carnations representing the gentle strength of mothers who are revered in Japanese culture. There are a bunch of culinary traditions, too. But don’t be fooled by all this filial obeisance, the Japanese also commercialize the date until it screams like a tuna confronting piscine genocide at a sushi bar.

A gift of Mother’s Day “carnations” made of sushi. Sorry about the flower, Mom.

I have a small offering to you, Reader Friend, for this Mother’s Day.

It’s a bit sweet, maybe you’d say saccharine, maybe not. It’s a song in Japanese  sung by the singer “96neko” to her Mom.

“Who the flying fried sashimi is this 96neko person?” you say.

Well, the cognoscenti of this blog will immediately recognize her as the singer of the Don Quijote theme linked several posts ago.

Fear not, this one is less likely to make your ears bleed and there are no “Boobies Towel” ads. In fact, 96neko has a pretty solid lower register for a J-Pop singer  about 21 years old and standing about 4’7” in America or about 139 cm anywhere else on Planet Earth.

So for something different, here is “Mother” by 96neko. She has a phrase in the song that the AJF agrees expresses our feelings to our Moms, now long gone.

I kinda, sorta liked this tune but my Mom would have found it cloying. She wasn’t much for sentimentality and I’m sure my she would have responded with one of her patented phrases such as  “Yeah, that’s nice but you kids better behave yourself, as far as anyone knows we are a nice, normal family.”

So, I wonder where the kids are taking us for lunch?