Putting the Frou Back in the Frou-Frou

Max got a haircut and of course we chronicled the event as if it were Pope Francis bringing peace to the Holy Land. Kim and Kanye should have been so lucky. 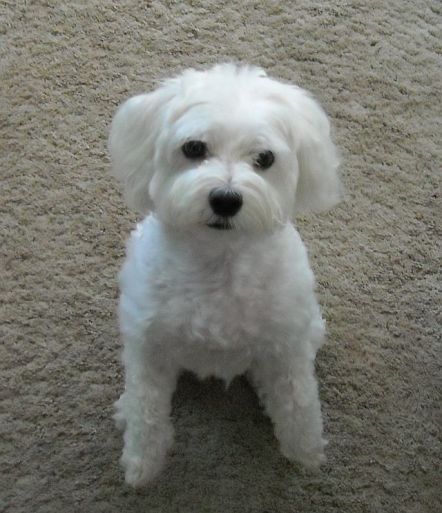 The “before” photo. Not especially hairy but it’s getting warm and a shorter cut will be cooler.

Max gets excited when he hears the magic words “go out” but later is less than pleased when he realizes the trip is to see Miss Nanako at Beauty Salon for Doggies. Once the target destination is sighted, he starts quivering like Bill Cosby describing Jello. 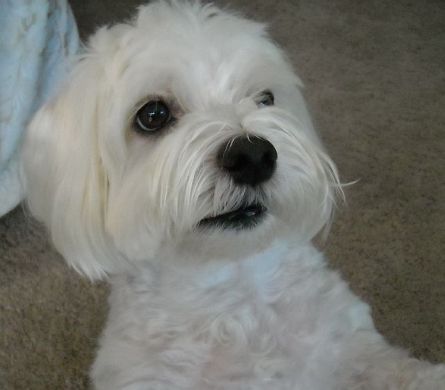 Begging for clemency. Please don’t do this to me.

Once groomed he is soft as velour. Hard to believe this guy belongs to a species that includes the African wild dog, mastiff and pit bull.

This little frou-frou’s life expectancy outside his snug home would be measured in hours at best. Let’s just say that his odds of surviving the impending  Zombie Apocalypse are long, real long. 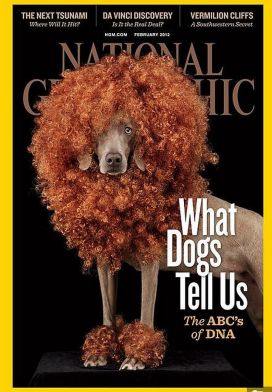 Be very, very careful when messing with dog DNA.

The diversity of the canine species is extraordinary and that’s because changing their genetic code is relatively simple compared to other species.

In humans, for example, nearly every characteristic is governed by a complex network of genes and these genes work in combination to display different outcomes.

But with dogs, many quite drastic changes, such as fur type and ear shape, are controlled by a single genetic variation.

In fact, National Geographic reported that a huge research project called CanMap determined that every single biological difference affecting dogs’ appearance is controlled by one of around 50 gene variations. 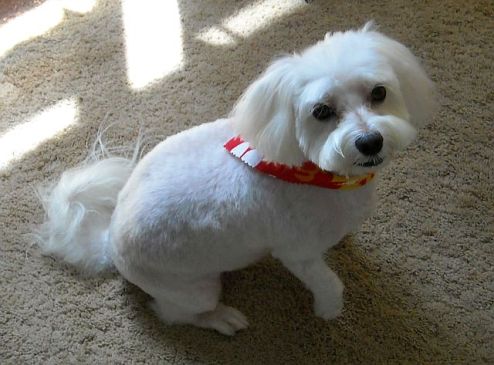 No bows, socks, frills or feathers. Just a manly bandanna in an aloha print.

I think Max feels better, or at least cooler, after the ordeal. I don’t see why there must be so much drama. It’s not like we asked Miss Nanako for the “Insane Clown-Poodle Cut” option. 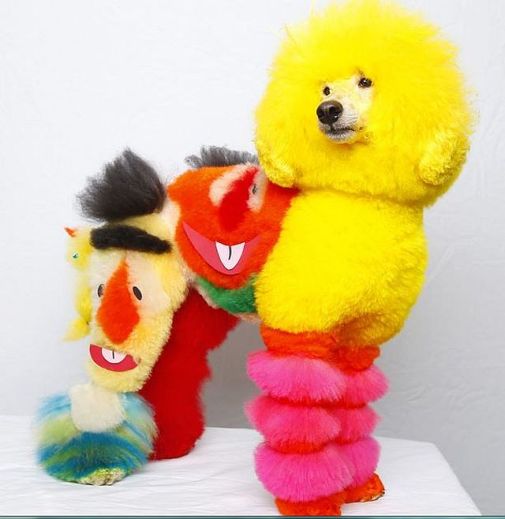 So in the end the frou-frou was restored. It must have been stressful because he immediately took a nap upon returning home. Wait a minute…that’s all he does anyway. 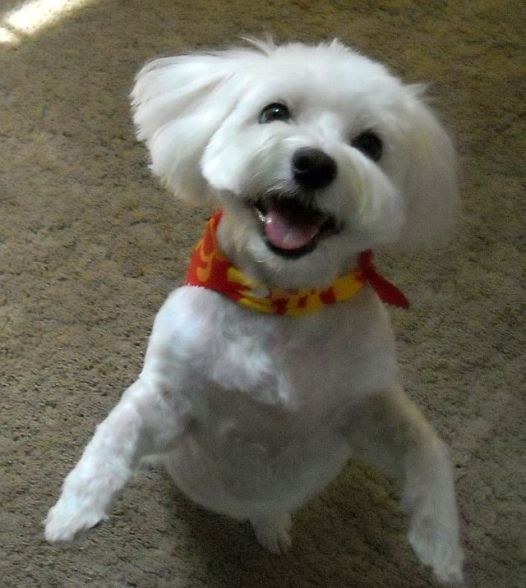