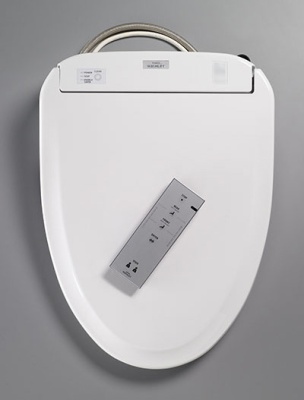 It looks so innocent for something that just (cough) flushed a grand out of my wallet.

You guys giggled about my purchase of this noble throne but the headline of our local paper today proclaims:

The story (behind a paywall) goes on to tout the many benefits and attractions of the super flusher.

This whole thing began because the Alpha Japanese Female (AJF) believes that the Western world is inhabited by barbarians who do not appreciate the finer points of excretion. You see, in Japan, the majority of households have a “Washlette,” a technologically advanced magic toilet seat. Perhaps you’ve seen or experienced a Japanese wonder toilet seat. No doubt you’ve heard of them. They have remote control devices that offer more water features than the fountains at the Bellagio, heated seats, bidet functions and built-in deodorizer fans. Some models play whooshing white noise in an effort to obscure other, more ebullient sounds and some boast seats that respectfully rise as you approach them. Night lights, too.

The Washlette was invented in 1982 by Japanese company, Toto. Today, more than 70 percent of Japanese homes now feature a toilet seat with enhanced capabilities. In contrast, only 30 percent have a dishwasher. That statistic clearly indicates the priority Japanese have about washing things, but I digress. Not so in ‘Murika where we rate our toilet seats on functionality and weight bearing capacity, as opposed to luxury. Even in Hawaii with our high Asian population, my very informal survey, conducted with the utmost discretion, indicates most of our toilets cannot perform tricks. This is kind of odd. We spend so much cash on granite counters, stainless steel refrigerators and hardwood floors but so little on a little basic ass comfort. As the AJF points out, either we are barbarians or maybe we are just ignorant of the benefits a Toto can provide. So let me tell you about my $1,000 toilet seat. 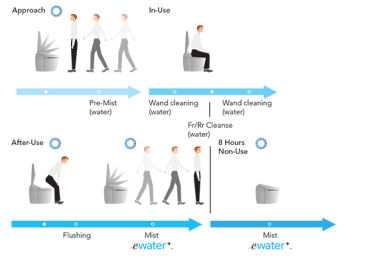 Always polite, the Japanese models use the toilet fully dressed. The details are left to your imagination.

Having finally acceded to the AJF’s demands to upgrade our commode status, we visited our local Washlette showroom and browsed the various models, an experience that inevitably led to bad jokes, immature behavior and embarrassing questions. For example, I referred to the toilet seats as “Japanese picture frames” which got me a swift whack across the back of my head. The salesman was a pro and simply smiled politely at our nonsense. We quickly concluded that if digital defecation was the objective, so to speak, we wanted the top-of-the-line model. $1,021.00 plus tax. Being a canny shopper with Amazon Prime I was able to bag the toilet seat for $780.00 including free delivery. But…it’s not that simple. One needs to have a special electrical outlet in proximity to the throne which set us back another $300.00. After that, I was comfy doing the rest of the installation myself and it was a snap. So what does a grand worth of Japanese picture frame get you? First of all, we skipped the automatic lid lifting feature. We quickly realized that there were two scenarios involving the small white dog. The first was that he would be terrified of the automatic device; the second was that he would think it was entertaining. Neither option appealed. Fortunately Max is too short to be a bowl drinker, if you know what  mean and I think you do. As you approach the toilet, the Washlette turns on a bowl light and sprays the inside of the toilet with a preparatory mist of electrolyzed water. This magic elf water is said to keep the bowl cleaner – the manual euphemistically says it repels “dirt.” 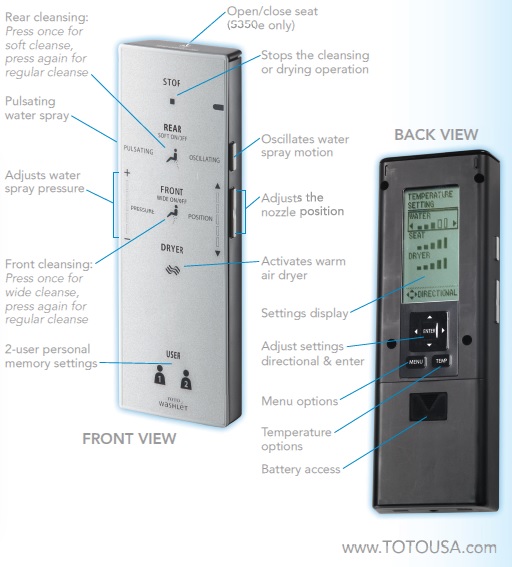 More controls than the Starship Enterprise.

OK, we’re going to get graphic about the Washlette’s more, uh, intimate functions. The timid and those with weak stomachs are advised to turn back now. Did I mention that the seat is heated? Oh yeah, baby, and your posterior meat never realized how good that feels until you’ve given it a try. Smush your butt ham on to that elongated oval and settle in. Using the Washlette’s remote, you can adjust the seat’s temperature up or down until your haunches are happy. When the time comes, there’s the bidet function, the killer app of Toto’s masterpiece. The “money shot.” This is why one goes “top of the line.” For reasons unknown, most Americans seem to be intimidated, perhaps fearful, of a “bidet.” Why is that, do you suppose? Is it the French name? Maybe it’s that Puritan ethic that drives us to eschew a warm, moist butt-cleaning and stick with dry paper that often has the texture of tree bark. Do we feel a need to punish ourselves for the nasty act? Maybe we think that paying attention to this bodily function is somehow deviant or a waste of time better spent on other bodily parts like nose hair? 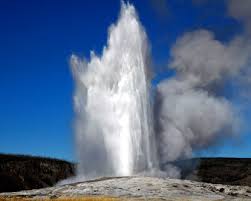 Metaphorical description of the bidet function on the “high” setting.

Unlike our brethren in Europe and Asia, ‘Murikans won’t even accept moist towelettes in lieu of the dry stuff. A market survey showed that moist wipes are only 3 percent of U.S. toilet paper sales and, of households that do buy moist toilet paper, 54 percent hide it out of sight in a bathroom cabinet. This makes no sense, particularly when no one would forego baby wipes and treat their newborn to dry wad. Go figure. But, back to the bidet. It’s awesome. Hands free, with a steady stream. A pressure washer for your undercarriage. There are two positions: “front” and “rear” ( I think the latter designation is a Toto pun but can’t prove it.) The front position uses an icon of a lady perched on the seat while the rear features a male icon. Do I need to spell this out any further? I thought not. You may augment the liquid cleansing process with dry paper if you wish, in whichever sequence you desire. Oh yeah, you can also use the remote to control the pressure of the flow and the water temperature. You want a gentle spring shower, no problem. A master blaster gushing an outpour like a Yellowstone geyser, you got it. There are buttons to modify the oscillating or pulsing characteristics and even the position where the spray makes its lunar landing on your moon. The remote allows two people to program their preferred settings so a single touch activates the perfect cleaning cycle. A bull’s-eye every time. 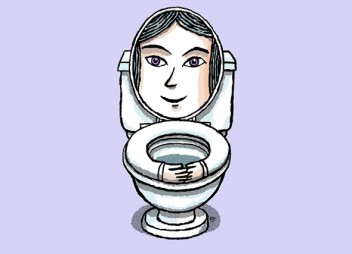 When clean, the Toto will treat the user to its “drying cycle” which features an airflow adjustable from summer breeze to Class 5 Typhoon and cool zephyr to roast-your-buns in temperature. As you leave, the toilet whispers “sayonara.” Nah…I made that last part up. Being a polite blogger I will spare you my more personal experiences and observations except to say I cannot now conceive of life without my $1,000 toilet seat. It may be as close as I will ever come to life among the 1%ers. More importantly, the adage “Happy wife, happy life” has again been validated. 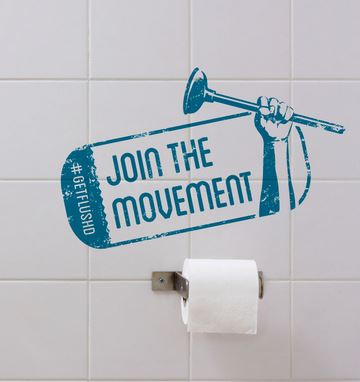