The Japanese have an almost unnatural affection for onomatopoeia, which Messrs. Funk & Wagnall tell us is “the formation of a word from a sound associated with what is named.” Simply put, a word that mimics a sound. 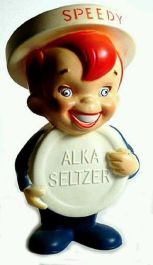 We English speakers use onomatopoeia, too. Consider words like “sizzle,” “splash,” “boom,” or that famous Alka Seltzer jingle from the late 1970s.

One example of Japanese onomatopoeia is “mofu mofu” もふもふ. It is commonly translated as “fluffy” although that’s not really accurate. More properly, mofu mofu connotes the sound and feeling of stroking or burying one’s face in something soft and furry.

As you might imagine, in the Land of Anime, mofu mofu is often applied in strange and weird ways. Google it at your own risk.

My current favorite use of mofu mofu is a promotional video developed by Japan’s Akita Prefecture which seeks to expand tourism by leveraging the area’s bushy, eponymous dog.

Warning: watching more than 30 seconds of this video may result in irreversible brain damage.

Over the past few weeks we’ve been calling Max our personal mofu mofu dog. That’s because at his last haircut in July, the groomer (a temp, our regular was on maternity leave) gave Max a poodle cut instead of a proper Maltese cut. I know, I know, we were horrified, too.

Poodle cuts are cute on poodles. They are an abomination on Malts or so Max tells me. So we have been letting his hair grow so that we can restore his dignity and usual tonsorial splendor. 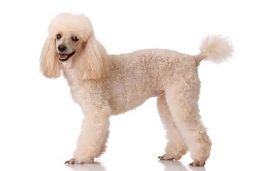 Common or garden variety of poodle cut. Photo by some poodle person, not me.

During the haircut hiatus, the Fuzzpup’s locks have gotten quite long and Maltese hair is very, very soft. Hence, the mofu mofu nickname.

The Malt we got back is wholly different looking than the Malt we dropped off.

Maybe they switched Malts? Hard to tell because they all look a lot alike, a fact you guys proved when you all failed to pick Max out from among 10 of his Maltese brethren. (see here and here)

So, here are the before and the after photos, taken within 3 hours of each other. Which look do you prefer? Mofu mofu or post-haircut?

All I know is that Max’s favorite onomatopoeia today was “Growl.”