Max and the Motorcars 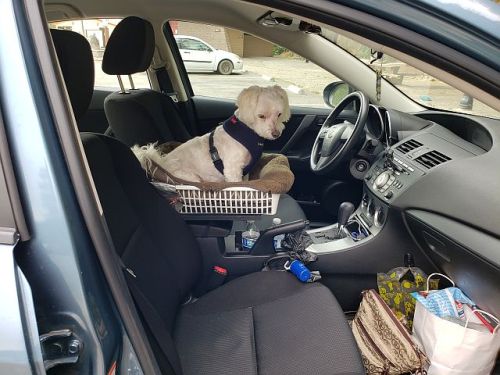 Since 1950, the Central California coast community of Pebble Beach has hosted its Concours d’Elegance, an automotive event generally considered among the most prestigious of its kind.

The Concours is nominally a charitable event it is equally as much a social gathering for the uber-wealthy. Not that any of them use Uber.

Tickets start at $450 for general admission and motor on up to $3,000/ticket for best access. As my sainted Grandmother would say, “That’s a lot of nickels for a car show, Tommy.” 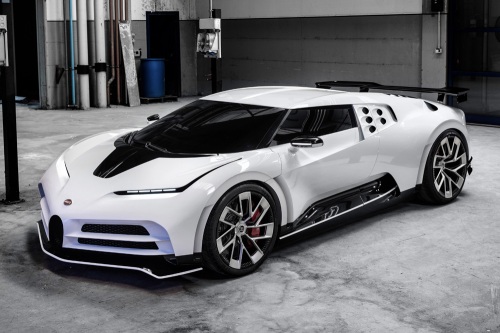 If we could afford a $9 million car, Max and I would take it to the McDonald’s drive-through and then eat our fries in the front seat. Just because we could. Neener-neener.

The iconic brands and marques are all well-represented. Of course you’ve got your common or garden variety of Lamborghinis, Ferraris, Porsches, Bentleys and Rolls Royce.

This year Bugatti, celebrating its 110-year anniversary, showed off the new Centodieci which you could take home for just under $9 million. 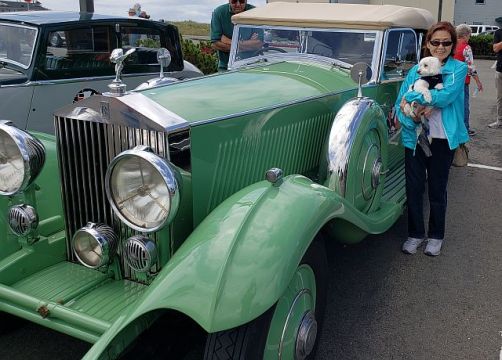 Max admired the old Rolls but the AJF was not impressed (whew!)

Equally alluring to car fanciers are the many classic and restored vehicles brought to the show grounds by avid enthusiasts and collectors who often spend hundreds of thousands of dollars acquiring, restoring and maintaining their elegant machines. 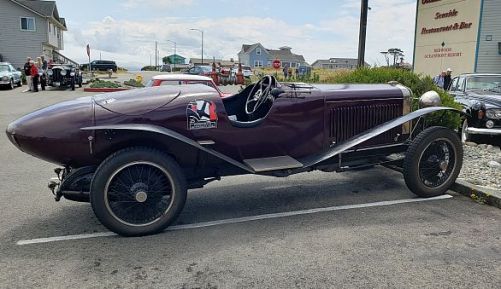 This Hispano-Suiza was one of my favorites. Looks like a wasp.

While we were visiting Crescent City in far northern California we were surprised to encounter a convoy of classic car owners driving their fabulous motorcars to this year’s Concours.

The group of perhaps 25 vehicles took a break at the hotel where we were staying and we were able to join them for an hour or so before they had to depart on their 475 mile / 764 kilometer trek to Pebble Beach. 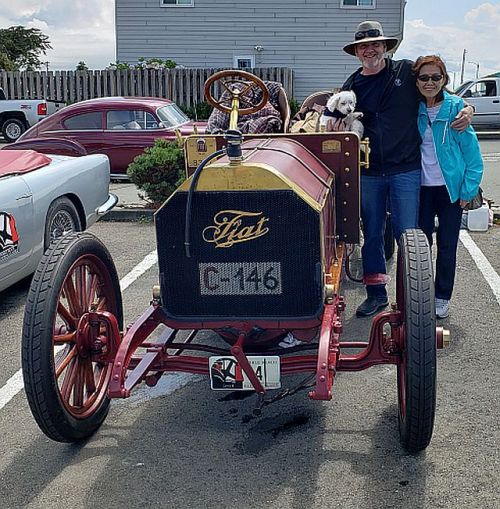 This Fiat dates to (I think) 1904. It had a chain drive for each rear wheel. Classic Fix-It-Again-Tony design.

We’re not classic car aficionados by any means but we admired the workmanship and design of the old cars and the effort that the current owners put into restoring them. 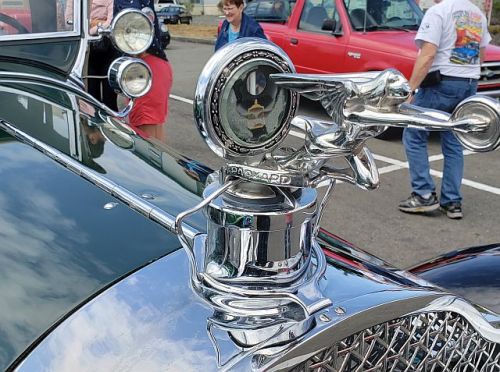 Packard hood ornament. They knew how to make impressive hood ornaments. Unfortunately, Packard went the way of the buffalo in 1956.

I offered to trade pink slips and exchange our mighty Mazda for the 1934 Rolls but, no joy.

That’s probably for the best since there would be no place to mount Max’s car seat and the spoiled little Malt refuses to go anywhere without air conditioning and music. 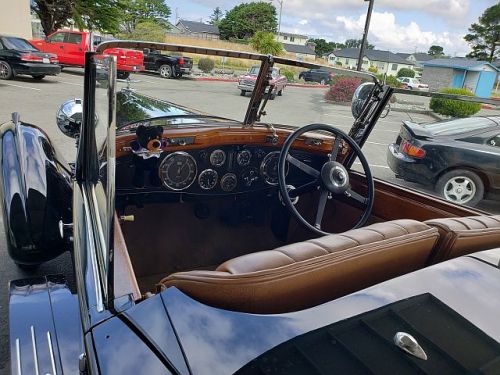 This car would still be around if they had not put the steering wheel on the wrong side. :snorf: