Max and the Grim Motel

Finding overnight accommodations while on road trips can be a challenging assignment, especially when one is seeking a pet friendly establishment on a weekend night during the peak travel season.

I subscribe to the Rolling Stones’ dictum: “You can’t always get what you want, but if you try real hard…sometimes, you get what you need.

Usually we luck out and locate a clean, nice place at a reasonable price, in a good part of town, often with pleasant amenities.

That’s not always the case, and when the quality of shelter fails to meet their lofty standards, my traveling partners are quick to abuse me.

We pulled into the small town late on a Friday night. All day, the AJF had been hounding me to make motel reservations but I kept deferring action.

“Yeah, yeah, yeah, no problem, it won’t be busy in this little burg. Trust me, nobody stops here. Relax.” 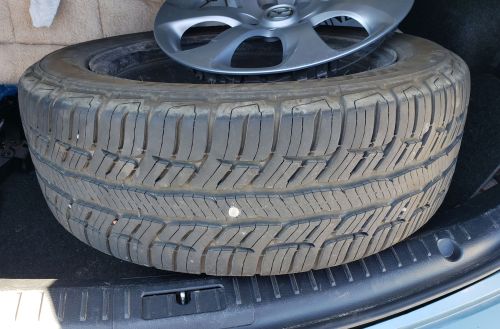 Nailed it! In my self-defense, one reason I was late arranging a motel was that I had to fix a flat.

The town was pretty much sold out. Even the Motel 6 had lighted its “No Vacancy” sign. I warmed up my phone’s browser and started practicing my Google-Fu skills.

In short order I located a dog friendly room available at a small motel in downtown Eureka. The rate was $114 which sounded a bit high for what looked to be a down market place but knowing that the AJF was ready to pounce like a scorned hyena should I not secure shelter, I transacted the deal.

We plugged in the location data to Google Maps and drove to the motel. The closer we approached, the worse the neighborhood became.

To call it “sketchy” would be akin to describing the grease trap of a curry restaurant in Mumbai as “pungent.”

It was impossible to ignore the debris in the streets, the hookers on the sidewalk and a guy on the corner whose trousers looked like he set off a firecracker in a jar of Nutella. 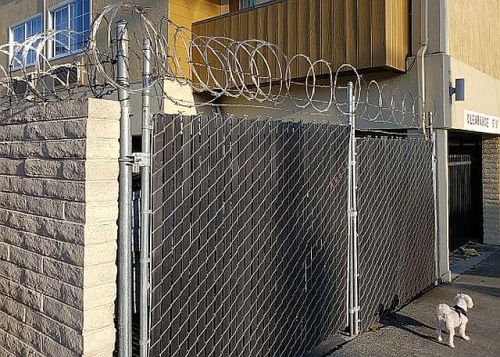 Pro travel tip: when the trash bins need to be protected with concertina wire, you are in a sketchy neighborhood.

Having lived in Hawaii I recognized the feeling of being close to a powerful volcano that was getting ready to erupt. I’m talking about the AJF. She had passed “miffed” a long way back.

I tried to keep everyone’s spirits up. The drug deal going down about 50 feet from the hotel entrance didn’t help my case but we parked next to the office door and I ran in to get the key. Neither the AJF nor Max was thrilled with being left in the car.

I don’t recall the place’s name but we now refer to it as “Motel Desperation” and it’s motto, “Where Dreams Go to Die.”

As it turned out, the room was perfectly adequate, if depressing. To inject a bit of levity, I reminded the AJF of the many scurvy places we’ve stayed over the many years of our blissful marriage. That was the wrong tack to take. 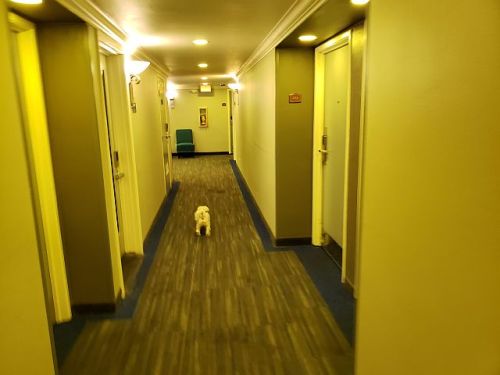 The camera settings were fine. The interior walls and ceilings really were painted in this bilious green. Max is trying desperately to make a break for it.

Then we realized there was another problem. The AJF exclaimed that she had studied the landscape upon arrival and noted that there was not a single blade of grass visible within three blocks of the motel.

Where was Max to poo? He always goes out about 10 PM for his constitutional and he expects at least a semblance of a lawn. Did I expect her dog to poo on concrete like a common cur, a street mutt?

I took a wild guess that the answer she sought was “no.” I could see the subject of her concern standing behind her with a snide smile on his Maltese face. 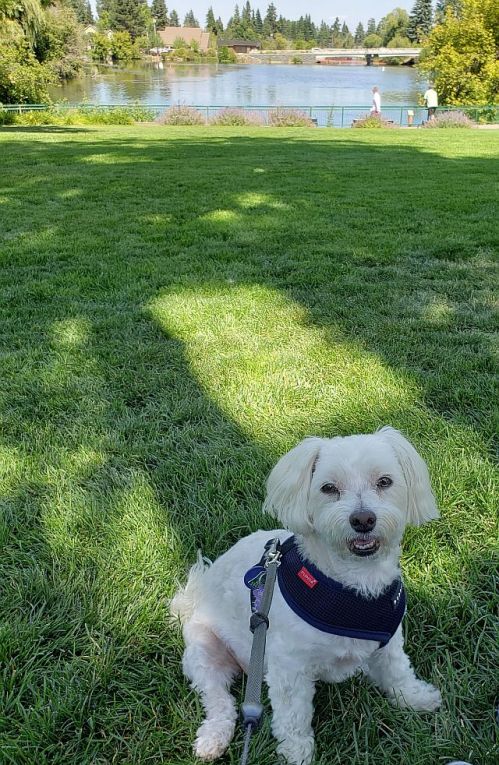 “This is what I expect when I need to do my business.”

“Calm down,” I said, a phrase that sealed my fate as one of the damned. “I’ll find a place for him.”

Max and I hit the bricks at about 10:00. I guided him behind the motel and up a block or so where I could see bright lights. At least our bodies would be easy to find.

Turns out the lights came from a police station whose facilities included a large parking lot behind an intimidating fence festooned with obvious security cameras.

As we approached, an officer was waiting for the sliding gate to open fully so he could drive out. Right on cue, Max pranced into the middle of the driveway in front of the police car and, to my growing horror, went into the Maltese hunch. When he gets into that position, nothing can budge him. 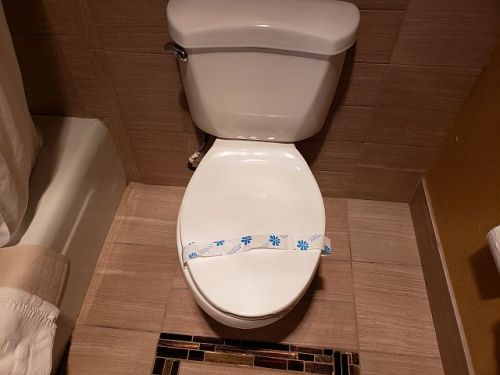 I pointed out to the AJF that, according to this strip of paper, the toilet was “cleaned and sealed for your protection.” She was not impressed.

So there we were, late in the evening, in a bad art of town, hunched over and pooping on the police station driveway under the glare of security cameras, blocking the police car. I should also note that I was dressed in black and wore a wide brim hat, no doubt appearing suspicious.

I looked at the policeman as he waited for clearance. He simply shook his head in disdain and looked down. Finally, Max finished what may have been his most leisurely dump ever.

I scooped the proceeds and gave a wave to the cop using the hand holding the poo bag, a move universally recognized by dog owners. My gesture wasn’t returned. 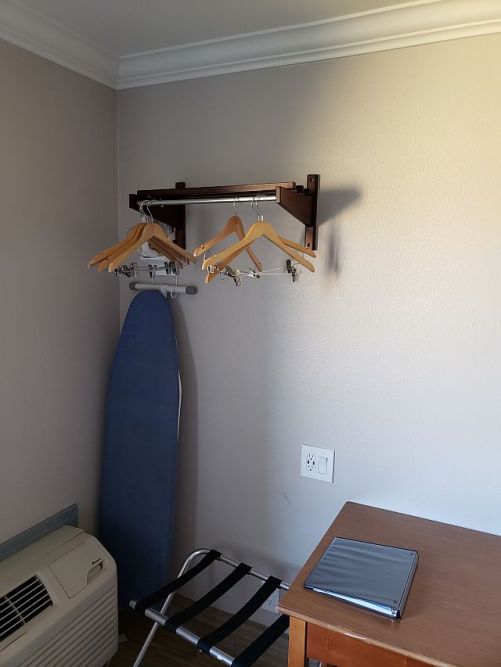 I like a closet with a lot of hangars. The walls and door are optional.

A little later we got back to a rather frosty motel room. The AJF skewered me with a baleful eye and asked, “How’d it go?”

“No problem,” I replied. Those were the last words said that night but my pain was not over.

Upon checkout I learned the motel charged a $30 “pet fee” on top of their usurious daily rate. The AJF still doesn’t know about that little detail.

Over breakfast I Googled several options for the next night’s accommodations and made a reservation at the most expensive one.