You may be surprised to learn that Popes are not allowed to have dogs within Vatican City. More likely, you just don’t care one way or the other. Fine, be that way, but it’s true.

So, although Maltese are not allowed in VC, as the cool altar boys say, Malts are no strangers to Rome. 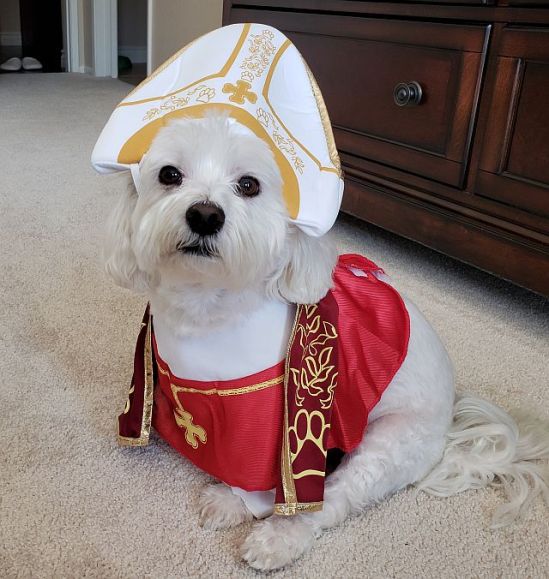 His Holiness Max I

Marcus Valerius Martialis (“Martial” to his friends, no, really) was a Roman poet and author best known for his twelve books of epigrams.

Like many other artsy guys of his time, he was a suck-up – totally dependent on his wealthy friends and patrons for gifts of money, for his dinner, and even for his dress.

However, back then he would have been considered an honorable suck-up because the relation of client to patron was a noble one in the best Roman tradition. 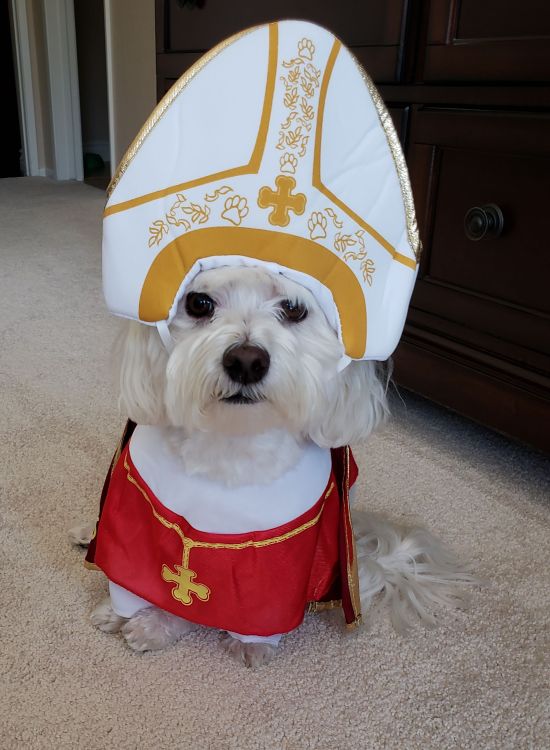 I hereby excommunicate my dog parents.

Martial wrote a poem about Issa who was the pet Maltese dog of Publius, the Roman Governor of Malta in the first century.

Now, unless your name is Helen Devries, you probably cannot understand that poem. So let’s turn to Wheelock’s Latin (3rd Edition, don’tcha know) for a translation:

Issa is more mischievous than Catullus’ sparrow:
Issa is purer than the kiss of a dove;
Issa is more flattering than all girls;
Issa is more dear than India’s gems;
Issa is Publius’ darling little dog.

Max thinks that Martial’s description of Issa was spot on. He likes to think that he is also “purer than the kiss of a dove.”

For my part, a bird kiss, especially from a rat with wings, sounds like a good way to get diseases that would cause your lips to fall off. And while we’re on the subject of birds, why was Catullus’ sparrow so damn mischievous?

The poem goes on and on after that. Martial was really long winded, even for a Roman epigramist.

The point is, Maltese were as familiar to the upper classes of Rome as they are to the fevered little goblins running around and extorting sugar treats on Halloween. 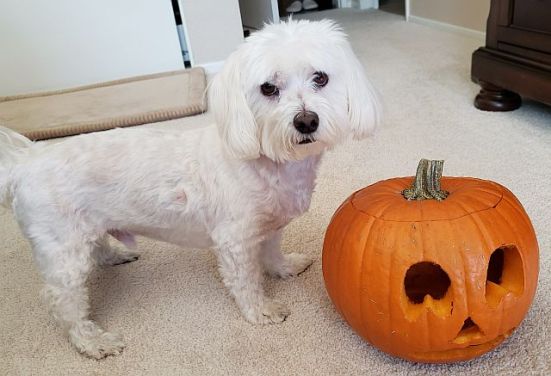 Now what do you expect from me?

Get off my lawn. Oh, and have a Happy Halloween.